I’ve often told people that the ability to ‘grow your own’ food was a basic skill that would one day be needed again by all. That time is now and no, that isn’t overly dramatic.

In 1939 at the advent of World War Two there were only 46 million people in Britain and the majority of vegetables were not imported from overseas. Indeed there wasn’t any large scale vegetable rationing during the entire war, only on foods like butter, meat and eggs. Supplies of other food ingredients such as bananas and oranges were hugely disrupted. The government of the day launched the well-known ‘Dig for Victory’ campaign to encourage us to dig up our lawns and village greens and turn them over to fruit and vegetable growing. This was largely to try and increase the amount of available food, to compensate for other things and not because of widespread vegetable shortages.

Fast forward 80 years and in 2020 an unbelievable 85% of our vegetables are imported from the EU for a UK population almost 50% greater than that of 1939.  The impact of the COVID-19 virus will likely be felt by global agriculture in terms of labour shortages, which will affect sowing, harvesting/picking and transportation in all countries. This raises some important questions:

Clearly if we’re going to be short of 85% of our vegetables through the summer of 2020 we’re looking at a serious fresh veg problem. Rationing can be expected, perhaps given the situation with empty supermarket shelves rationing is not a bad idea. However, there is one bit of good news….

Now is exactly the time to grow your own veg

A lot of people new to grow your own will think that it’s complicated, I’m telling you that it’s not, I started as a boy. It’s also fun, healthy for mind and body and gives you a great isolation or lockdown activity. You’ll need things to do if you’re stuck at home for months on end, especially with energy filled children.

If you want to avoid lengthy queues for food if and when rationing comes (probably a good idea to avoid queues with a virus on the loose) then anything you can grow at home will help. It will also relieve supplies for those without the option of growing their own food at home – one in four front gardens has been paved over for driveways and those in cities often have little more than a balcony (if that).

Dig up some of your lawn, even just a square metre, two even better, add a bag or two of compost and/or manure, mix it with a garden fork and get growing. I have two allotments but due to distance I’m not overly optimistic that I’ll be able to get to them if there is a strict lock down – I am going veg crazy at home just in case, using raised beds cut out of my lovely landscaped garden design. I’ve also got lots of pots, and there are many vegetables that can be grown in them.

The School of Life is a cultural enterprise that aims to foster emotional intelligence through teachings from the humanities. We were asked to create a beautiful, thought-provoking short film to introduce their new YouTube Channel aiming to help take their ideas of The School of Life to an international audience. The voice over was by Mary Anne Hobbs, one of their many inspiring speakers. For more on The School of Life visit: http://www.youtube.com/theschooloflifetv

Welcome to Symbiosis Tree For Life.  “To day is the start of our future, Lets make a positive step, building a humanitarian world, rather than apathy for our children inheritance”.  World Humanitarian Day is Friday, 19 August 2022

. But every day should be! 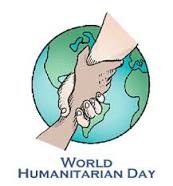 Symbiosis Tree For Life Project is a education bursary fund creator to assist parents that may not be able to afford the ever increasing cost of further education and hopefully increase the interest in farming.